How To Reverse Engineer An Image 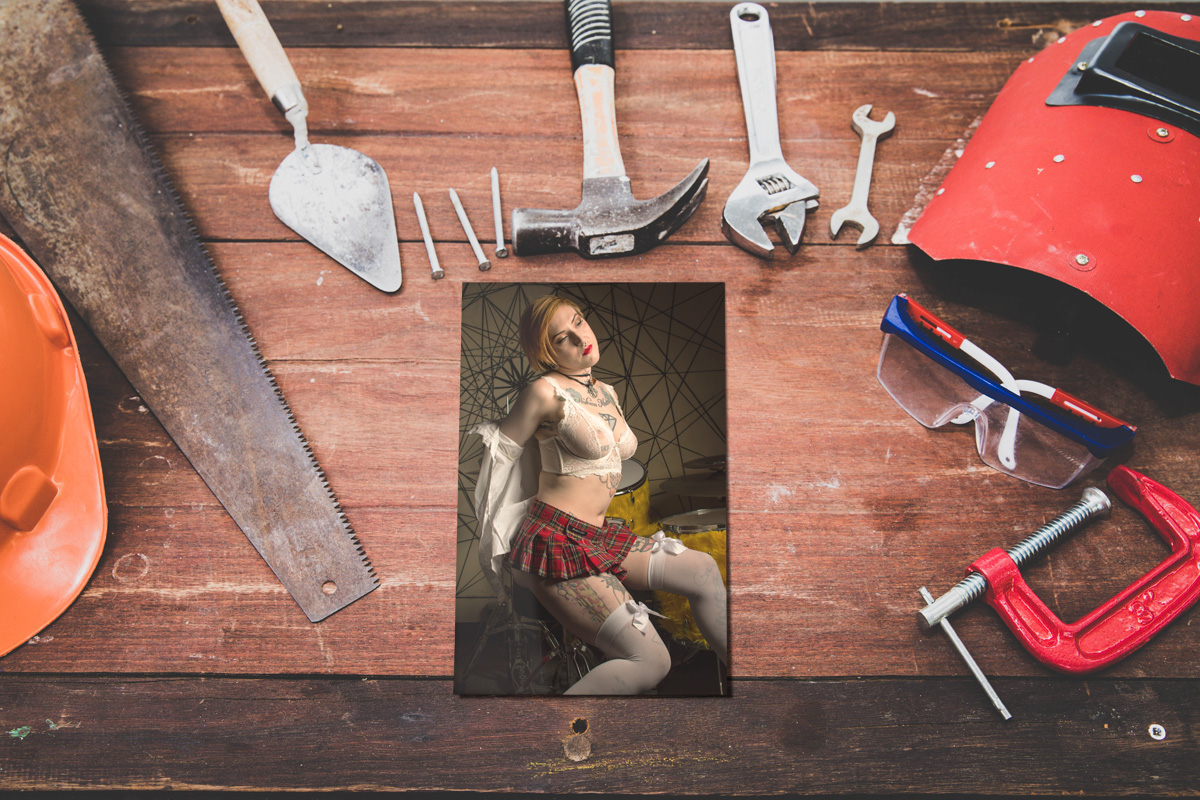 So what does it mean to reverse engineer an image? And what is the benefit? I’m glad you asked. This is one of the most powerful techniques I’ve found for improving as a photographer. It’s easy, and doesn’t cost anything but your time. And the fun part is, it can be part of your daily browsing, and everyday life. It’s the act of scouring an image for every morsel of information it can give you. The longer you look, the more you see. Examining the image like a crime scene detective for clues to how it was created. But it’s not only limited to images. I’m sitting on the steps having a smoke right now and looking around for interesting shadows. I’m noticing how incredibly sharp the shadow of this pole is under the led street light. And I notice how almost pitch black the shadow is. And then a car approaches and more details from the sidewalk underneath begin to emerge from the shadow, until the shadow itself disappears from the headlight overpowering the street light. And then there’s a triple shadow that moves across the sidewalk as the car passes. These are valuable details to take note of and apply to my photography. The size of the street light. The distance from the light to the ground. The type of light. All of this stuff is pure gold. It all goes in the memory bank to refer to when needed.

So how do I apply this to images? I’m going to discuss that in great detail. Below I’ll post a random pic that I found on Google and walk through my process. Then I’ll post a few more random images for you to take a crack at, and after you do, you can compare your best guesses with mine. No cheating. Give it a try yourself before looking at mine. Ok, so one of the first things I usually do is look at the eyes as close as I can zoom in. I’m looking for the catch lights to see what they can tell me. With this pic I can see a little square catch light, with like a little bite taken out of it, in the upper left corner of her iris. This tells me a few things. 1. It’s a square shaped light source. 2. It’s either small-medium sized or larger and further away. 3. There’s something obstructing it in the corner. It could be what’s called a flag. Like a black piece of cardboard that they’re using to block some of the light on her lower left side. Could be something else though. 4. I can figure out the location of the light source. Top left corner of the iris means it’s a little above eye level and off to the left a bit, relative to her face. Let’s zoom out a bit and see what other clues we can find.

First thing that stands out to me is the softness of the shadows on her neck from the hair. And how they’re not very dark. That signifies 2 things to me. 1. Seems more likely it’s a smaller softbox. The shadows aren’t crisp like you would get with a small light source like a speedlight, but they’re not so soft that you can’t make out the shape of the hair. Very large light sources will make shadows blur almost to non-existence. This is why your shadow disappears when a big cloud goes in front of the sun. 2. The shadow is faint because light is being cast into it from another source. My best guess would be a white reflector on the right to fill in shadow. A silver reflector would probably be much brighter on the right side of her face and cast shadows of its own. Since we don’t see a catch light on the right side of the eye we can tell that the reflector isn’t close enough or in front of the subject enough to be seen in the eye.

Ok so what do I do with that information? Well, just using those few clues I can attempt to recreate this image myself. I know roughly what kind of modifier they used. I know where they positioned the light. I know where to roughly put a reflector to fill in some shadow. I know that redheads are hot. That gives us a great start to do some experimenting of our own. But… Let’s see what else the image can tell us.

So the background looks pretty blurry, and I know that you can accomplish that a few different ways. 1. Using a longer focal length lens. 2. Getting closer to the subject. 3. Putting more distance between the subject and the background. 4. Using a wider aperture. 5. A combination of all of these things. I’m giving them the benefit of the doubt that there was no photoshop used on the background, because this isn’t hard to accomplish in camera. I think it’s pretty clear that they’re at least a few feet away from the wall, and the wall is at an angle. But the whole thing is consistently blurred so they must be a pretty good distance away. If she was closer to the wall we’d see the wall get less blurry in the area where she is because she’s on the same focal plane. But we don’t see that here.

So based on my own trials with this I think they’re probably shooting at around f2.8 with a 50mm. I base that on the fact that I’ve created images that look similar with that kind of setup. If you get any wider or closer to the subject you’ll start to see more of her go out of focus because the focal plane gets shallower. But here we see her entire body and head are in focus. Except the back shoulder you can see starting to get soft.

So now I know what kind of light they used, where it was positioned, they used a white reflector, probably a 50mm lens around f2. 8. What else can we get out of this image? We haven’t talked about the shadows on her face yet. Kinda looks to me like they did some airbrushing on the face so we’ve lost some information there, but we still have shadows under the nose, above the upper lip, under the eye, across the chin. And also a little bit of a highlight on her left cheek, which is a good indication of what’s called Rembrandt lighting. That was a signature of the lighting in his paintings. Light source from the left side leaves a tiny triangle on the opposite cheek when done correctly. So if the light had been slightly higher or her eyes were closed and we couldn’t investigate the catch light, we’d still have these other clues to work from. The shadow on her upper lip shows that light was traveling across her face just far enough to the left that it creates a dark area in that little dip but still puts a tiny highlight on the right side of it. Like the sun going down behind a canyon.

The more you study and experiment with light, the more you will recognize the characteristics of the light you’ve used in other people’s work. It’s essential to take these clues and try them out yourself. Each time you do, you’ll notice little details you didn’t see before. And when you come back to an image you’ve studied you’ll likely see more clues that you didn’t catch the first time. It’s important to note that the point isn’t to make replicas of other people’s work, but rather to learn the subtle nuances of lighting so we can build on it and get closer to creating what we see in our minds.

I encourage you to make this a part of every aspect of your life. Pay closer attention to the lighting that’s happening around you all the time. When you’re at the dinner table, notice the shadow(s), under your hand as you pick up the fork, then look at the light source and note its characteristics. Even write down what you see. “Light source: small led bulb with white coating inside textured glass dome from x feet above creates crisp shadow under my hand”. Make this a part of your daily life and look for interesting light everywhere, and I guarantee you will see dramatic improvement in your work.

As always, I hope you found this useful. Good luck with your experiments. I’d love to hear how things work out for you. Comments are open.

Here are the 3 random images for you to study, and here are my best guesses as to how they were achieved.